Teenage singer studying technique of recording and of methods for music promotion. 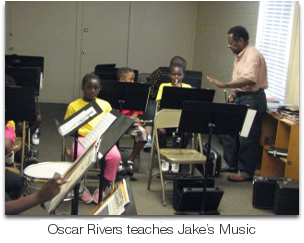 Past and Current Music Programs

Developed with the Housing Authority of the City of Charleston an after-school music program, funding instruments and teacher.

Funded with the Charleston Housing Authority an after-school strings ensemble and a jazz group.

Funded a music program for young musicians living in a subsidized housing complex, with James Cunningham as music director.

Partnered with the Charleston Housing Authority to fund music as part of the summer camp program.

Initiated musical education program in conjunction with the Charleston Recreation and Housing Departments and Yo Art Project.

Cooperated with Housing Authority of the City of Charleston and the Department of Juvenile Justice to introduce music instruction as a positive force and a deterrent to anti-social behavior, as taught by Rachel Dowling.

Provided a summer music program for ninth graders, with Fred Hudson as instructor. 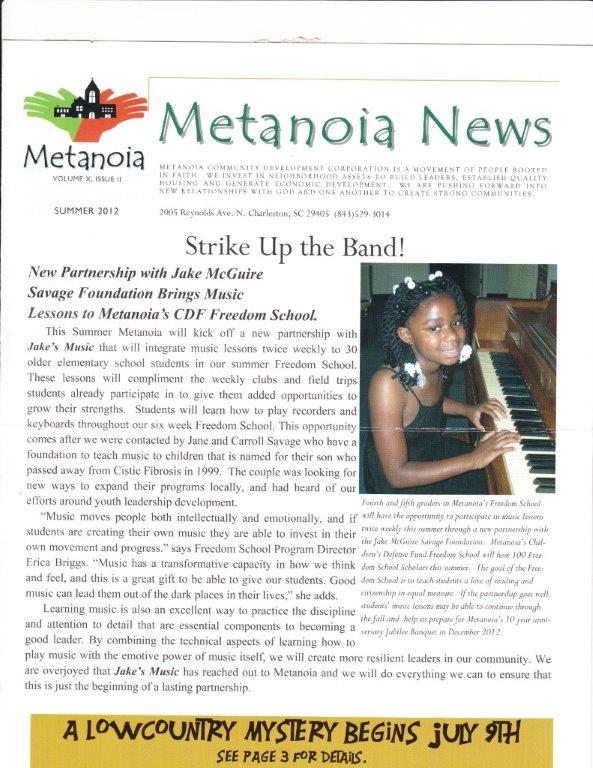 Provided music training as part of the after-school curriculum at Metanoia, Fred Hudson as instructor. During the summer, Mr. Hudson continued the music classes at Children's Defense Fund's Freedom School, for which Metanoia was the recipient of a federal grant to provide children with a full-fledged summer educational program.

Partnered with the North Charleston Recreation Department to introduce percussion training during the neighborhood summer camp, later extended to Saturday classes during the school year.